”You can look great for your age, but you’re still gonna age. I dated a guy recently who said I looked really good for my age. I was like, Why not just, ‘You look really good’? I never went out with him again.” ”I don’t have to try to feel young. It’s only when you start thinking about the number that you don’t feel that way, so I don’t dwell on the number. I just embrace where I am today. I think I look pretty good for 43. But I don’t look the way I did when I was 23. So if Star magazine or whatever wants to print a picture of me on the beach from the back, at the worst possible angle, and say that I have cellulite, I’m like, Guess what? I do, and I never said I didn’t. I’ve had two kids, and I’m 43, so leave me alone.” ”Everybody is so anti-aging, but I don’t want to look younger than I am. Our face is a map of our life; the more that’s there, the better.” “At 51, I gained five pounds on holiday and decided not to lose it. You know how they say that either your face or your ass goes? I’m letting the ass go. I can put on a great suit to cover my body, but what am I going to do with my face — wear a veil?” “Being appropriate for your age doesn’t mean you have to roll up into a ball and look like an old fuddy-duddy. I think aging gracefully is the way to go.” “Beauty is truth in the way you age. There is no question no one wants to look old. And yet it’s a battle I choose not to fight because you can’t win. When I look at women who have not messed with fillers or Botox, I love looking at their face[s]. I love the grace and the story that women are telling by aging naturally. I would rather live my life accepting what comes.” “I am appalled that the term we use to talk about aging is ‘anti.’ Aging is as natural as a baby’s softness and scent. Aging is human evolution in its pure form. Death, taxes, and aging.” “Aging is going to happen — and that’s only if you’re lucky enough to live that long. I hate when they say, ‘You look great for your age.’ It’s such an insult. I want ‘You look good,’ period. I’m defiant. I want to say, ‘This is what aging looks like! This is what happens!’ I read the blogs; I know they called us [the stars of Sex and the City 2] hags and said, ‘What are you doing trying to be sexy at this age?’ But the more women who think like that, the more it hurts us all.” “Women in their 40s have gone through quite a few different things, and so the roles are going to reflect that. People say, ‘Oh, it’s done by 40,’ and now everyone knows it’s not. I actually feel like the roles are a lot more interesting.” — in November 2013 issue of Allure “I’m doing this with the philosophy that within you there is beauty, and you have to learn how to find it and enhance it in a natural way. One thing that is exciting about being a woman is that you can rediscover your beauty over and over and over.” “I don’t have anything I want to fix. I’m happy with how I look and growing older. It’s strange how birthdays are treated so funereally out here.”

In my wardrobe Stockholm 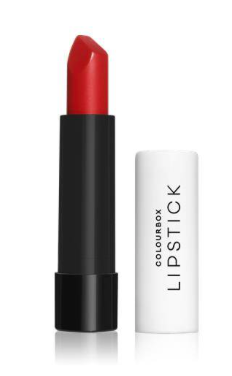